For Andreas Wüst, CFO of the Almatec Group, transparency is the key to identifying potential for business process improvements. In DeltaMaster, Wüst has found the tool he needs to achieve the desired clarity through­out the entire company. 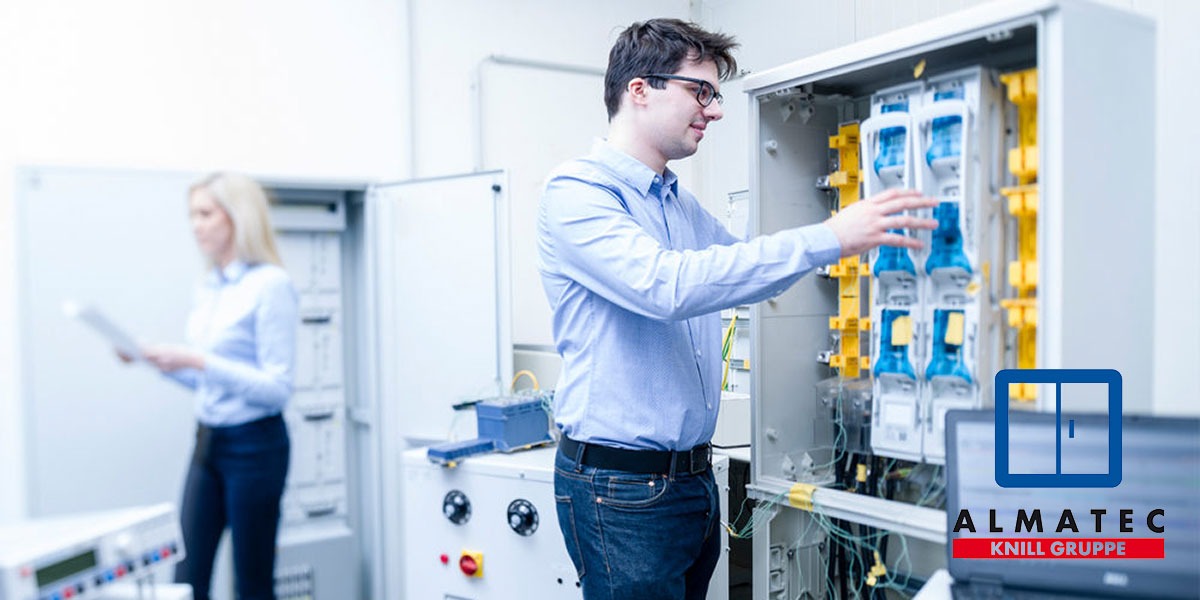 Almatec has set itself the objective of working more efficiently – like when it comes to lead times in production. The contract manufacturer develops and produces enclosure systems using light metal technology. Products are made to order: When an order is placed, the enclosure is made from scratch in accordance with the customer’s wishes.

Less complex enclosures for indoor uses are typically delivered within 24 hours, while outdoor products have a lead time of around three weeks. “Knowing exactly which enclosure sizes are most popular allows us to store them as semi-finished products, thereby reducing lead times,” Wüst ex­plains. “It used to be the case that we could only generate this in­for­mation from our enterprise data with a great deal of effort, if at all.”

Wüst also wanted more transparency in terms of key figures such as revenue. “The question of rev­­enue might seem like a trivial one at first,” he says. “But it’s actually not all that easy to answer. How is rev­enue defined? For example, should it include small quantity surcharges, freight costs and customer discounts? And if so, how are those discounts defined? When I used to ask what our revenue was, I would get three different answers. What we needed was uniformity and standardized measures.”

This clarity was achieved using business intelligence software that enables flexible evaluations of ERP data. Almatec opted for DeltaMaster from Bissantz & Company. The main reasons were its processing speed and flexibility of data processing: The BI software allows direct access to data from a wide range of relational and multidimensional data sources. Almatec was also won over by the availability of different visualizations and pre­con­figured analysis methods in DeltaMaster. In addition, Bissantz promised particularly short project run times thanks to the use of its own, highly efficient modeling tools and its many years of experience.

“I simply can’t imagine working without DeltaMaster now. The first thing I do when I get to the office in the morning is fire up DeltaMaster and see how the month is going and how things stand.”

And it kept its word: “We wanted DeltaMaster to go live at the same time ascour new Microsoft ERP system as a data source,” Wüst recalls. “Bissantz took just two days to set up the initial data model.”

This was accompanied by a two-day workshop on modular report prepa­ration. In DeltaMaster, all of the most important actions for creating and using reports are performed using simple, intuitive mouse movements. Like an assembly kit, this means that even inexperienced users can “build” re­ports and ad hoc analyses in just a short space of time. For example, cre­at­ing a standard report for success monitoring simply requires the user to define the method of measurement, e.g. contribution margin accounting, by dragging and dropping.

Graphical elements to guide the reader’s eye or illustrate developments over time can be added easily using the mouse – or the task can be fully automated thanks to an integrated AI module. Comparison types, cal­cu­la­tions and report structures can be created centrally and easily reused. The functions for navigating the data interactively are based on the existing structures and can be used without the need for setup. “We were able to call up the first sales reports just as the ERP system went live,” Wüst reports. “In the course of the project, we also made use of another two days of coaching on extending the data model. Now we can implement reports and extend the data model independently. And when we do occasionally need a bit of help, we can rely on highly skilled and extremely quick support from Bissantz.”

A wide range of applications

Around 20 users from management, sales, production and back office are now working flexibly and individually with the dynamic reports in Delta­Master. There is a uniform report structure for the national and in­ter­na­tional market alike. Reports are now available with regard to sellers, prod­ucts, cus­tomers and materials. A dashboard allows users to see the most important measures at a glance and use them as a jumping-off point for detailed views of measures such as revenue, contribution margins or capital lock-up – and report objects such as products, quotations and orders.

The system also includes measures on warehouse management and eval­ua­tions of outstanding receivables and liabilities. Sparklines clearly visualize the development of measures over time, e.g. budget deviations. At man­age­ment meetings, DeltaMaster’s comment function is used to record notes on budget deviations directly in the reports.

ROI in less than a year