German cities have lots of debt. The German newspaper “Die Welt” says that. Have a look. 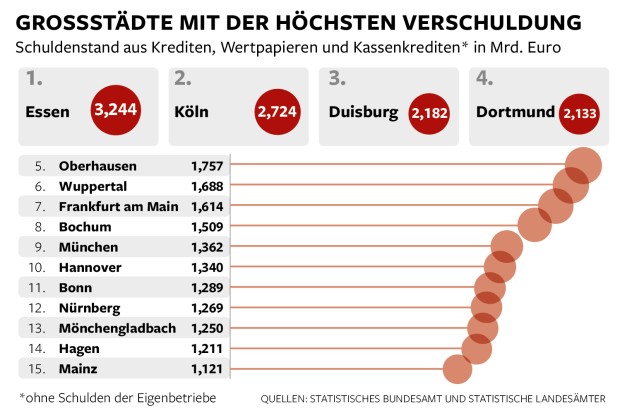 Cities with the highest debt – debt level from loans, bonds and cash credits
Source: The German newspaper “Die Welt”, 2013-12-10 (online, in German only)