William* says: Chop the feet off lines. And move them around until everything is banking at 45 degrees. On average. Then it looks good. And can be read well. Because: Every angle is as different as it can be. Look. Pretty flat. Angles pretty similar. Not good.

Now squashed up. Until everything is banking at 45 degrees. On average. Much better. 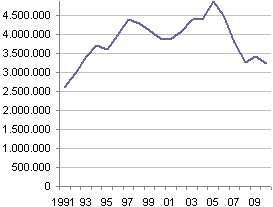 Chopping allowed. Even better. But no longer 45 degrees. 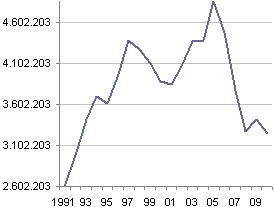 Chopped off and everything at 45 degrees. Best of all.

The newspaper “Welt am Sonntag” drew it that way. More or less. Looks good. 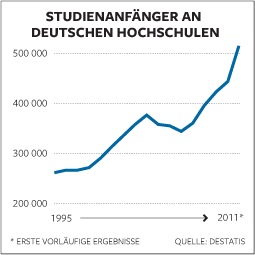