The German newspaper “Die Welt” has drawn circle on stick. I couldn’t stop thinking about it. Because: data was missing. I straightened it out. 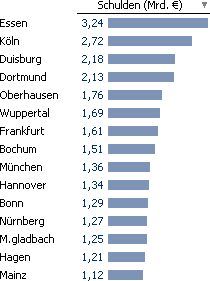 Same shape for all values. Much better. However: I also liked the stick that was glued at the end of the circle. Or… the circle could be glued on the stick, not at the end of it. I’d like that even more. Just like William*. Since no bars are shown, it could also be logarithmic. Now all pixels belong to the differences. 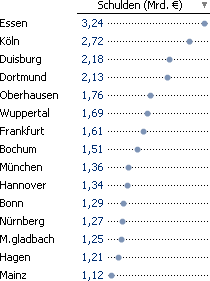 The same data as dot plots. Logarithmic scale. Redesign: me, too.

There was something else I couldn’t stop thinking about: debt per city or debt per head? 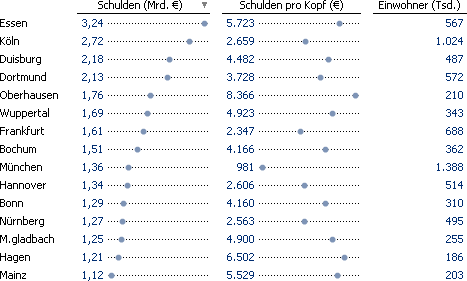