Found this, the other day. In “Die Welt”. A national, daily German newspaper. It’s scaring its readers. With a dumb chart or, as they call it, “Chart of doom”. For stocks. Like in 1929. 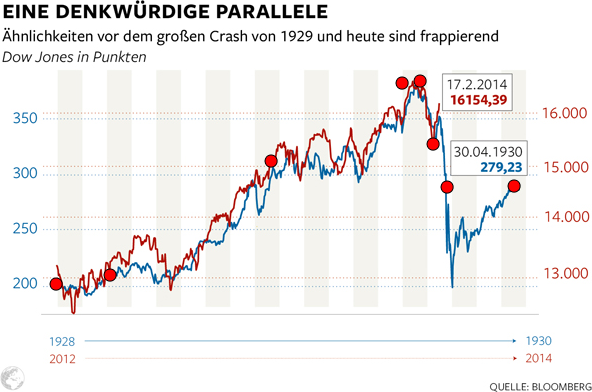 A memorable parallel: Similarities before the great crash in 1929 and today are striking. Dow Jones in points. Source: welt.de, 2014-02-18.

This is how it looks with the right scale: 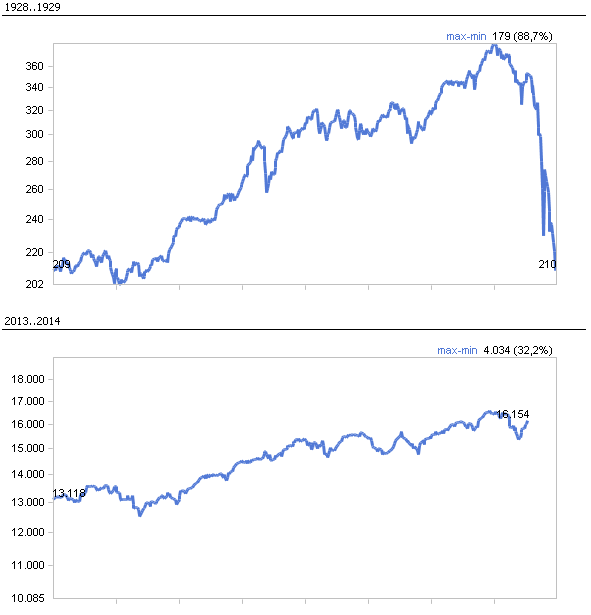 The chart below works, too. Both time series on top of each other. Both start with 100. That’s good, too. But you can’t see the values anymore. 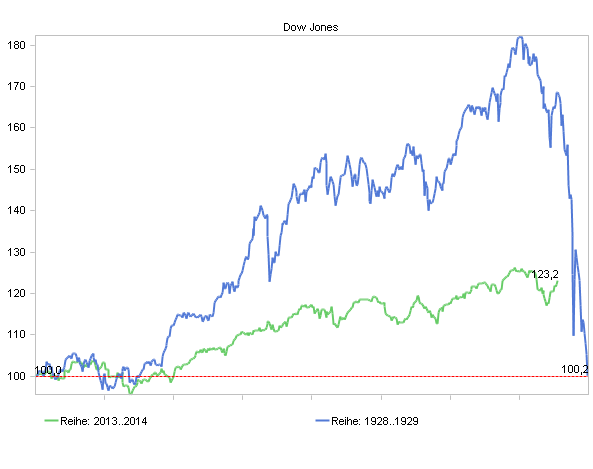