Sometimes we drive with the company car. That is funny. First of all, he looks to the front. Where the tacho is. Also, the handbrake sign is illuminated there.

Handbrake is illuminated within the dashboard.

Then he looks down. Between the seats. There is the button, that is now the handbrake. He wants to start. I look at him. He thinks, pull or push? He pulls. 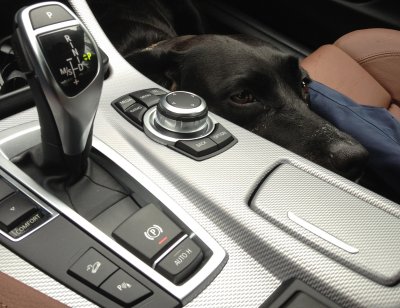 Button brake in our company car.

Haha. Wrong. He must push. Happens to him every time. He thinks: push the button, hand brake on. Same as the light at home, coffee machine, rear-window heater, warning lights. But he is supposed to think: pull the lever, brake on. The way it was.

In the office they were discussing it. If the button would stay at the top, it would look like a handbrake. Then everything would be fine. But it doesn’t work like that. 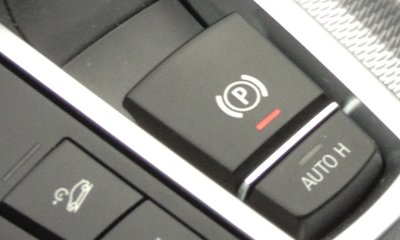 Yesterday he discovered the H-button. Only accelerate. Brake opens automatically. But the car forgets about that, when you park. Then he thinks again. Push or pull? Do you still know?