Warnings also have to be issued about the German weather. Officially. The national meteorological service in Germany is called Deutscher Wetterdienst. On 9 September there was a sudden formation of ice. Throughout Germany. Lake Constance was even colder. Munich was muddy. I’ll stick with the French weather. 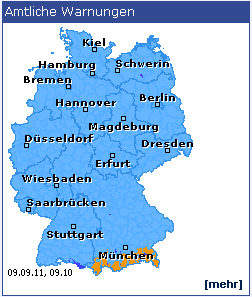 Stop! Put the winter tires away again. I misunderstood it. It’s explained on the detailed map. With a legend. 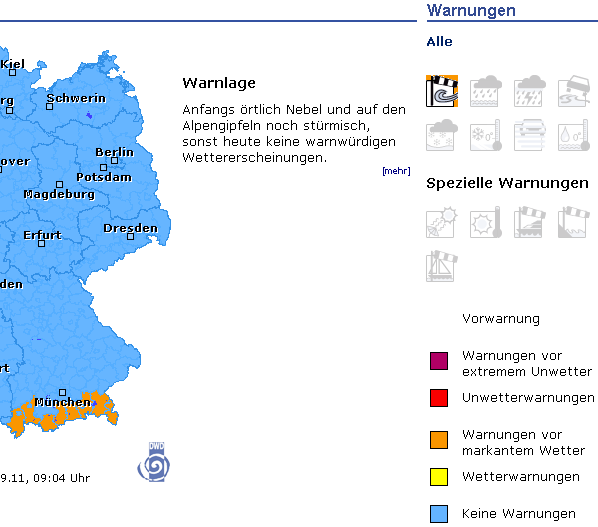 I see. Blue “everything okay”. Yellow warning weather. Orange “distinctive”. Hm. Not so good: Blue makes me think of water. Or cold weather. Maybe traffic-signal green would be better. The way the French do it? I think so. Because traffic-signal colors are a good way of warning on maps. But country colors on maps don’t signal well.