In the next last year

Source: also there, page U2.

Many years? You find them turned around as well. Meow. 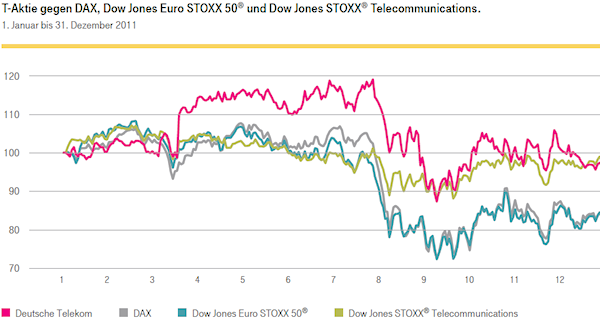 Source: from there again, page 48.

Time series? You won’t find them turned around. You find them from left to right. From earlier to later. How it belongs. Woof.

Previous year left, financial year right. Does it work just as well? Even better. First: how it was. Then: how it is.

Previous years left, financial year right. Does it work just as well? No. A lot better. First: how it was. Then: how it is.

Who thinks like this, also sees the brackets. In the last column compared to the previous year (in German: Veränderung zum Vorjahr). Nice trick. Brackets instead of minus. Did you fall for it?