Good luck is not enough to understand business charts

Business charts are losers. Its only good luck if they work at all. He has shown some basic problems of them. With mine here, you need more brains than luck to find the truth. 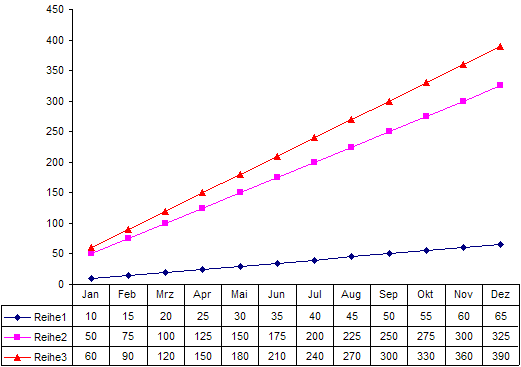 The eye is sure to see something different. The increase of the bottom most series seems dull compared to the top most. And even a difference in dynamics between the two top most series appears to be plausible.

Sparklines are much better suited. They present the first series as

390. More general: Want to compare different time series? Then scale them individually. It doesn’t work in one single chart.