We still can’t get the recent news – and charts – of the U.S. national debt off our minds. Last time, we argued that you shouldn’t display the development of absolute values on a linear scale – at least not when large differences in the values are involved. Otherwise, it inevitably leads to distortions, exaggerations, and misinterpretations. 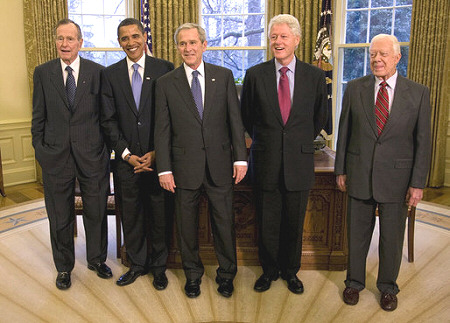 The fact that the U.S. national debt is approximately as high as the annual U.S. gross domestic product (GDP) is a complicated issue on which even economists fail to see eye to eye. Instead of warning us about what might occur, however, sensationalizing the issue with panic charts is in our opinion more likely to make the dreaded scenarios come true.

Back to visualization: Last time, we established that you can never go wrong with logarithmic scales and rarely do something right with linear ones. We showed that based on the absolute increase of the U.S. debt over the years. Now we want to verify if this also applies to percentage values. We can investigate that by looking at how the U.S. debt has developed in comparison to GDP. So, let’s enter the debt as a percentage of GDP. 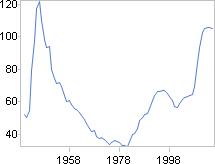 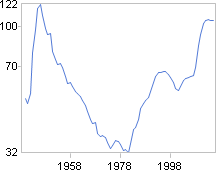 As you can see, linear scales also distort percentage values. The degree of distortion, however, depends on the range of the values and has nothing to do with absolute or percentage values. And this range can also be large enough in the case of percentage values to make a chart misleading. In the case above, I think that the extent of the distortion is tolerable, since it hardly changes the fundamental interpretation of the development.

With regards to content, however, we are still missing the comparison to the GDP development. Those who favor deficit spending say that federal investments financed with debt increase GDP – and what matters is how wise these investments are, not the size of the debt. They say, as long as GDP growth is higher than debt growth, incurring new debt is good for the economy. Okay, so let’s take a look at debt and GDP combined. 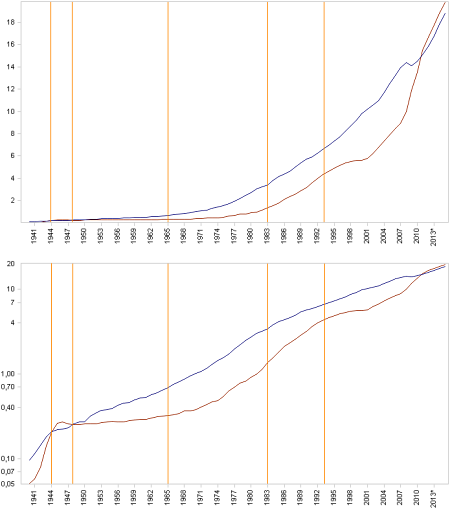 Since the selected 75-year time frame is impressively long, we should take some time to examine this wealth of information more closely. Take a good look at the chart with the linear scale, then the chart with the logarithmic one, and see for yourself:

We wanted to prove that you don’t have to know logarithms in order to understand logarithmic data. However, you need to know the pitfalls of linear scales if you don’t want to misinterpret linear data. In our example, you would have to see the pattern of the logarithmic scale in the linear chart to still be a skeptic regarding logarithms. You would have to be able to identify and interpret all the distortions of the linear chart just by looking at it. My eyes couldn’t do that – could yours?