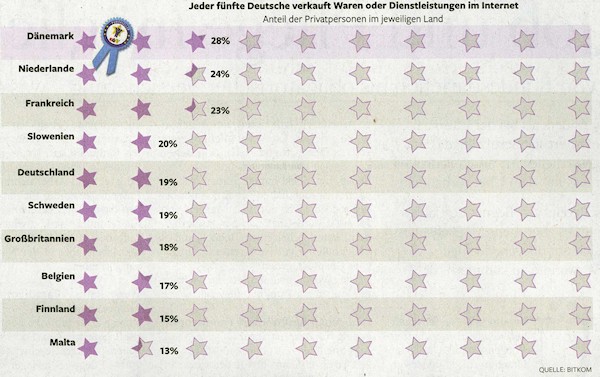 Show where 100 percent is? No. Because that never appears. Not even close. Cannot appear. Because not even all Danish live only in eBay.

Stare at 70 stars? No. All valueless. Due to a lack of values.

Full width three times wider than the used width? No.

Stack uneven things and fill them unevenly? No.

Is this the Welt’s worst graphic? Or this one? That’s still written in the stars.

Ten values can be shown with ten bars. BITKOM thought so, too.