I have tried it like that: You read comparisons with relative numbers. On the same basis. Percent. Therefore, I take a graphic with filling levels. To analyze it. Aha – on the Titanic there was a rule to be observed: women, children, dogs first. 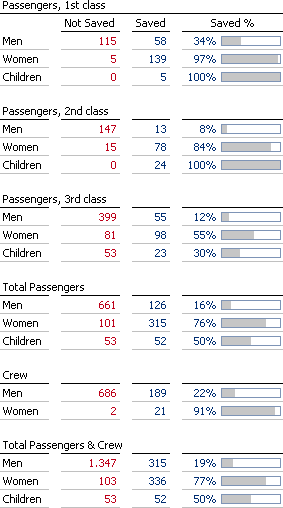 People on the Titanic. Data from here. Redesign: me.

You read details with absolute numbers. No percent. No need to take a graphic for that. One task, one graphic. One graphic, one task.

No downfall of the world