Nivea and Tesa did it better. Have a look. 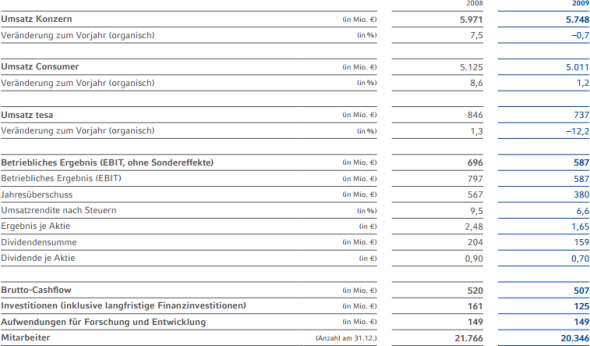 Time runs from left to right. How it is supposed to be.

It can be seen that the EBIT is small. Because turnover and EBIT are scaled individually. Because the trend is supposed to be seen. And not the ratio. 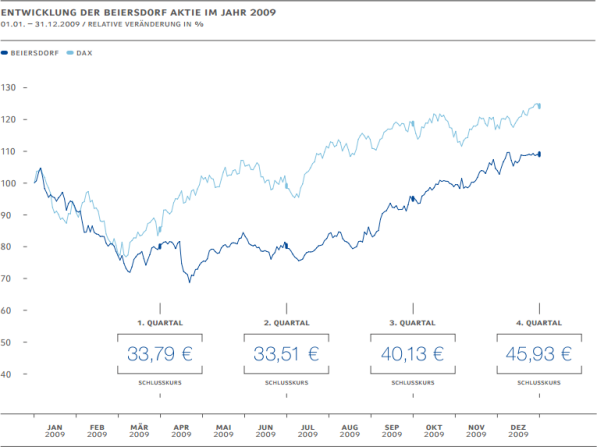 It can be seen that the share performed worse than the DAX. Because of the index (that is no disappindex here).

Even the Tesa-pie works here. Because: only 3 numbers. Because: labelled correctly. Because: big difference between Europe left and Europe right.