The German newspaper “Die Welt” has baked yet again: triple pies with bites taken out. Have a look. 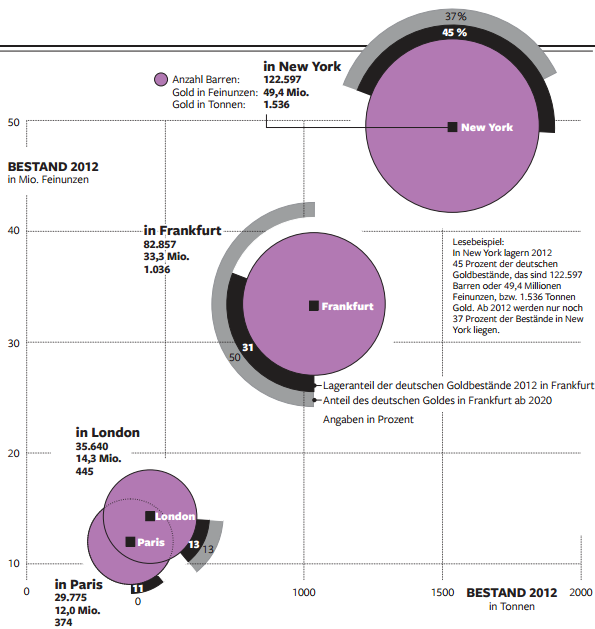 Have a look at the axes: ounces is weight. Tons also. Therefore the German gold in New York weighs as much as in Paris, Frankfurt and London. Therefore the position of the x-axis is the same as on the y-axis. Therefore the pies lie on a diagonal.

The French are supposed to give us back our gold. Everything. Therefore the grey eating frame is 0%, thus not there.

In the real world London is still there, where it belongs. Same with Paris. In the “Welt”, Paris is half in London. This is because the same scale is used twice.

The “Welt” has already baked pies, that can amount up to 120 % and 165 %. This time it has baked pies that are able to do even more: absolute and relative, today and later, parts of several pies. Not yet complicated enough? Have a look where the circles start: in Frankfurt and Paris at 6 am, in New York at 10 am, in London at 3:20 pm.