Standard & Poor’s gives Japan bad marks. AA- instead of AA. Japan spends more than it earns. And it is too old. That’s what this diagram in the Journal wants to show. 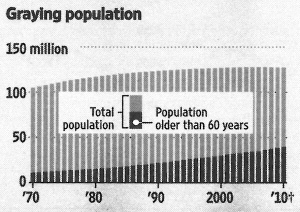 Count the pixels. The older population grows three times higher. The total population just 20 percent. Even so both series look equally steep. Or flat. Because: Comparing two developments over time is hard. On different levels even harder. We’ve known that for a long time. It applies to proportions, too.

Here we can understand what S&P meant. Because: This diagram shows the proportion only. In comparison to other proportions. And not to itself. 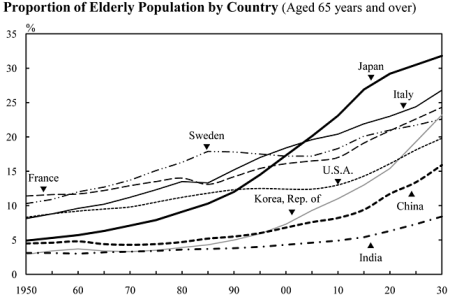