Today I have to give advice to Barack. He’ll be taking a dog to the White House. He doesn’t know yet which. Best choice: a Labrador.

Barney, the Terrier of George W., had his own website. The most intelligent thing he said so far: “Bark, bark, bark. Woof, woof. Rowf. Arf.”

Well: Not a Terrier then.

Labradors have been successfully in charge of the White House before: Bill Clinton’s dog Buddy chased away Socks the cat, ate a reporter’s donuts and knocked over the President. Buddy was run over later. His successor, Seamus: a Labrador. 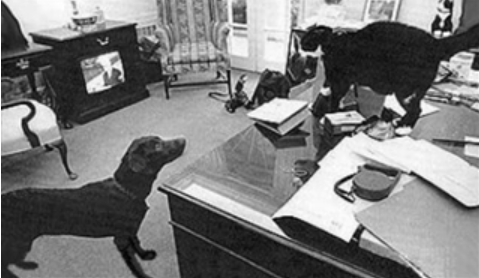 Labradors like to go for a walk. Barack will save the world until next spring. Then he’ll have lots of time.