Last time but two: Crushed bars and jumping columns. Next to last time: decrushed bars. This time: columns that don’t jump anymore. Data from 2004 until 2013: Money for software companies, that are just starting their business. From companies with money. 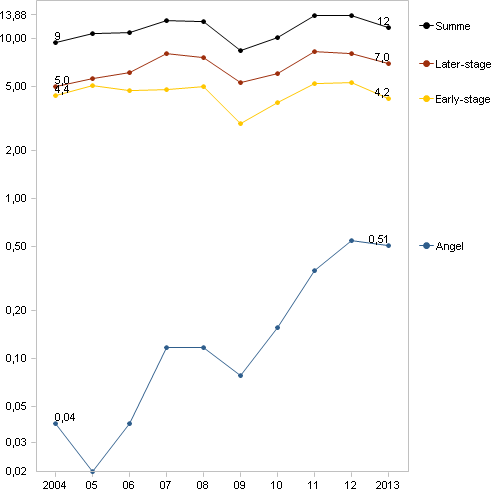 The Angels don’t give that much money. But increasingly more. 2013 ten times more than 2004. The other two give sometimes more and sometimes less. You can look at it for a long time. And think about it.

Here is how “The Economist” draws it: 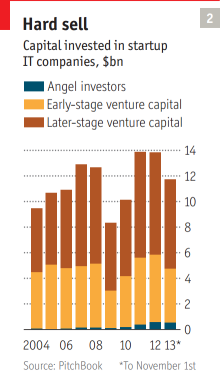