Wow! The German news magazine “Der Spiegel” mocks business economists because they believe in human rationality. The international controller organization ICV says that controllers defend the rationality of management against managers who are too intuitive.  We say that management information has to be emotional. What’s right?

One of the topics that we will be discussing at our upcoming Executive Forum in Berlin is how rational things should be and can be in companies – especially with regards to financial controlling. “Emotional Management Information” is the motto of our event. While I was recently musing over my moderation, I received a letter from ICV, an international organization of controllers. Siegfried Gänßlen, Heimo Losbichler, Rita Niedermayr, Lukas Rieder, Utz Schäffer, and Jürgen Weber have written a position paper on behalf of the organization because they feel that there is uncertainty as to what controlling is all about. I personally don’t, but I like the paper. It focuses on the rational aspects of controlling and demands a few things from controllers. 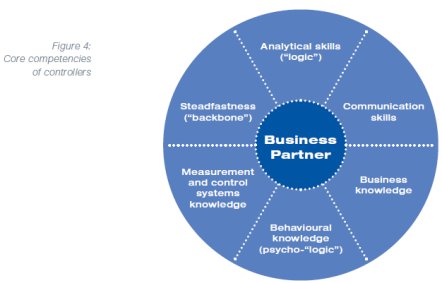 This position paper states that controllers should be able to:

I agree with these points, and the controllers whom I talk to do as well. Since it is a position paper, I think it makes sense that it views controlling as a refuge of rationality that wants to prevent management from making too many decisions based on gut instincts. Although that may be its self-chosen claim, the reality is much more complicated.

The German magazine “Der Spiegel” has made a sport out of bashing businesses: one of the phrases from the magazine that makes a laughingstock out of business economists promotes Kahnemann’s bestseller on irrationality.

David Kahnemann, a former Nobel Prize winner for economics, described what makes that reality more complicated in his bestseller “Thinking, Fast and Slow”. He devoted 600 pages to all facets of human irrationality. His evidence is convincing, but his conclusions themselves are an example of irrationality themselves. Kahnemann is a staunch supporter of paternalism, which is the regulatory intervention of the state for the alleged good of its citizens. That’s strange:. If we humans are all so irrational, why should civil servants be any better at being less irrational?

Rational, but not paternalistic controlling

Based on that, you could derive a guiding principle for controlling– namely, that controllers should view themselves as service providers in the management process, as people who collect the necessary facts and numbers that help management make decisions. At the same time, however, you shift away from the highly irrational idea that numbers and facts always signalize the right decision. Management already delegates those types of decisions anyway – for example, for obtaining homogeneous goods. Decisions are, in contrast, particularly necessary when you cannot base a decision on rationality because the information is missing or you cannot clearly assess the information that is available. When you are dealing with people and markets or customers and competitors, however, when are you ever certain? But that has been known since the very beginnings of business economics. And the last thing that a business needs is to be taught a few lessons from people who believe that our view of the world is limited to the model of a homo oeconomicus.

Controllers, too, are people who have gut feelings and intuition – and use them just like managers do. All people who work with a lot of data and observe their own actions acquire a certain “data feel” for it – a sort of seventh sense that helps them detect outliers more quickly than a novice ever could. I personally believe that a highly rational but long subconscious capability for pattern matching is behind it. A few recent conversations with the brain researcher Professor Gerhard Roth have backed my suspicions. We talked about his thoughts briefly before, and he will surely say more about which thought processes are involved at our event in Berlin. 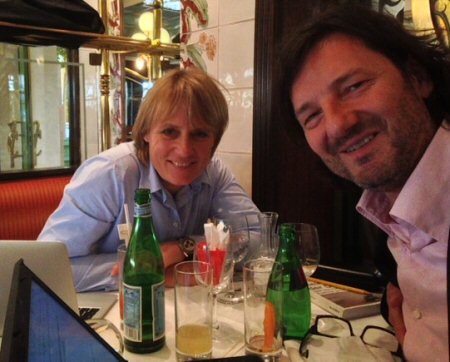 A conversation with Jutta Kleinschmidt. Her experiences have more to do with controlling than you might think. Many times, she calculated coolly while others acted without thinking and finally without success.

As rational as possible, as emotional as necessary

Our second star guest in Berlin is Jutta Kleinschmidt, winner of the Dakar Rally. I met with her a few days ago and she will be participating in the 24-Hour Race in Germany’s Nürburgring next week. I was pretty amazed when she said that this hard, around-the-clock race isn’t any major strain for her as a marathon rally professional. Our conversation was very enlightening for me. She always took on multiple roles in her racing endeavors – including those of an adventurer, entrepreneur, controller, team leader, navigator, mechanic, and athlete. We both talked about the rational and emotional components in many situations that she experienced in each of these roles. Her motto always was: As rational as possible, and as emotional as necessary. One of the prerequisites for her extraordinary success is also something that sounds very typical for controlling: excellent preparation based on facts. This is how she had already won more than one race in her mind before beating her opponents to the finish line.

Preparing for these races often involved a tremendous amount of work – in the middle of the night after completing a strenuous stage that day. That often left her just a half an hour each night to recoup. One needs a phenomenal willpower in order to manage that type of situation. In my opinion, this willpower is also another important factor for the role of controlling in companies. Even the position paper from ICV says that – within the framework of strategy development and planning controlling – the will defines the goals and the measures to achieve them. That may sound a bit unemotional, but it really isn’t. Race drivers don’t win and companies don’t exist without the will, ambition, decisiveness, and spirit of their management. Markets don’t just welcome you with open doors; you need to conquer them. So where do these powers originate? Why are they so different among people? Science still isn’t able to answer these questions. People know from their own experience, however, that willpower isn’t the product of rational consideration. Professor Roth will show in Berlin that there are emotional rules that controllers can use to present information to management and motivate them as well without compromising rationality. 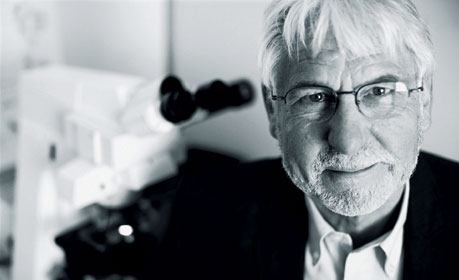 Assessment is an emotional process according to brain researchers such as Professor Gerhard Roth, who will also be our guest in Berlin. That explains why rationality can’t exist without emotion.

Why does all of this interest us in Business Intelligence? Simple: There are many ways to support rational controlling through emotional signals. Thanks to research, we are by now able to answer questions such as which visualization forms are suitable for communicating unsettling data in an unsettling way or if green is really a good color for good data. This way, we can build information systems that contain appropriate signals for human thinking and perception. We look forward to presenting them in Berlin.