To find the right way in an emergency, Reinhold Messner even had to follow yak manure at times. We shouldn’t believe, however, that ‘maps’ in management reports are much clearer. We learned that and much more at the grandest ballroom in Berlin.

Instead of a blog entry in Nuremburg, last Friday was a ballroom in Berlin. For the third time, we invited to the German capital – once again, in the splendid Hotel de Rome. On Monday, we jittered if we all would even make it. On Wednesday, however, the clouds of volcanic ash blew away, the air traffic got back on schedule, and our guests arrived without further ado. This year, we welcomed more than 100 guests – entrepreneurs, members of supervisory boards, executives, and directors of controlling. And Reinhold Messner and Professor Peter Mertens were there as well. While the one is a rebellious adventurer, the other is a revolutionary in the field of business information systems. 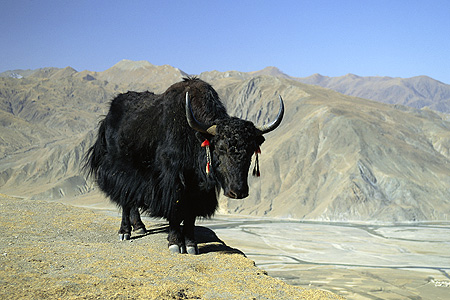 More yak manure in controlling? Reinhold Messner had some unusual survival tips. Unfortunately, there are few well-researched rules of thumb for business professionals. It’s about time to change that.

Both men coined the style and characteristics of their fields of expertise. Peter Mertens carefully observed what his former Ph.D. students would accomplish fifteen years later. After all, a large part of our management team can thank him for their scientific education and honor. This past Friday, we posed a question which stemmed from our discussion with him in 1993. “How do things stand with human intuition and computer-driven automation?” “Pretty good,” we answered back then. You can delegate certain tasks to a computer. Die Automatic top-down navigation, for example, is based on this principle.

To demonstrate how accurate human intuition can be, we invited no one less than Reinhold Messner. He devoted his life to adventure – but always with careful planning, thorough preparation, logical assessments, and a rational analysis of risks and opportunities. When facing critical moments in ice and snow, on rocky cliffs, or in the desert, he always said, “I don’t dare go against my instincts.” The accounts of this titan, made us mere mortals shiver or simply stare with our mouths wide open. We knew that we had better not test what we had just learned. Yet, we also realized that managers also act like titans because they often make rushed decisions when they aren’t exactly sure or they don’t have all of the information that they need. This makes them rely on intuition. I think that we can assume the following: We only decide things that are undecidable. The rest we can easily delegate. But logic doesn’t help much when you are dealing with undecidable things. 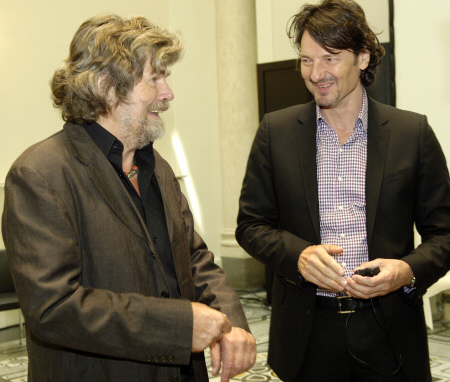 Reinhold Messner at our event in Berlin: His accounts of adventures in the freezing cold went under our skin.

Gerd Gigerenzer, a researcher at Max Plank in Berlin, has long said how wonderful intuition is. In his opinion, intuition is based on certain rules of thumb; our subconscious intelligence simply selects the ones that apply to the current situation. That’s great because computers can learn rules. In his younger years, Messner had already travelled over 500 routes through the rocky terrain of the Dolomites. Since he was more venturous and much faster than his fellow climbers, he was also more secure than they were. After all, if you are already back home at noon, you can weather the storm in your bathtub instead of hanging off a cliff. Messner’s speed was also based on a rule of thumb, which was to set new anchors with foresight and whenever he had good footing. Afterwards, he could master difficult passages easily. Other mountain climbers, in contrast, were often surprised by adverse conditions. Gaining for good footing and a free hand in difficult circumstances, however, wastes time and strength.

Gigerenzer’s opinion is not the only one, however, and the crux with subconscious intelligence is the fact that it is subliminal. But even if we don’t exactly understand how it works, intuition has earned rehabilitation. Uli Drautz, Vice-Chairman of the Supervisory Board and Head of Group Controlling at Bechtle AG, talked about how we should feed our intuition. He has designed dense, data-rich reports with graphical tables for 200 people on various management levels throughout his company. When the reader’s eye first sees an overview and then marked details that need a closer look, we call these visualizations ‘data images’. I have tested his controlling as we recommended a while back while resting on my couch. It pays to take a long, close look at Drautz’s reports. You read, understand, and even see the company behind the numbers. Drautz has also designed a sort of compass that organizes and provides access to the flood of numbers and reports. In fact, the compass is so good that we won’t say what it looks like.

Gunnar Reddemann, who started his career as a surgeon and today serves as the Head of Controlling for the Paul Gerhardt Diakonie, was another pioneer at the event. He was one of the first people to enter the field of medical controlling in Germany. When he started off, doctors and controllers did not necessarily get along. Through disaggregation and details, however, he was able to build a good relationship. His reports prove, once again, the theorem of good design: Complexity is a design problem – not a data problem. Reddemann’s reports are also data images that are nice and intuitive to read. Hospital administrators and doctors now talk about the same problem instead of one group talking about numbers and the other talking about diagnoses.

Together with Peter Pollig, Director of Planning and Control in the finance department at Porsche AG, we examined our topic for the day from another point of view. He, too, delved into the subconscious elements of perception and decision-making. “Emotional controlling for emotional products” is Pollig’s motto. We all know that we have more data than time. As a result, reaching the recipients of our message is an art that we need to master. Eibl-Eibesfeldt once said that our eyes are hungry. We want to see and play with events in our minds. Recognizing order and correlations will be honored. Cognizance makes us happy. The more that reports reward our curiosity, the happier we will be to read them. That, too, is a sign that abbreviated signals and the preempted evaluations in traffic lights and gauges aren’t appealing – and are dangerous, not to mention, as well.

I myself was able to show and explain how we view the future of Business Intelligence. My magnificent colleague Gerald Butterwegge complemented my presentation with the latest innovations and prototypes from our development. If you were not there, you have missed out. But I can reveal this much: Automation plus intuition equals anticipation. We provide the automation; you provide the intuition. Together, that equals management with fewer unexpected volcanic eruptions.