While a highly complex mission was being managed in outer space, the financial hole in yet another German bank was growing larger … and the inquiries as to why were getting louder. Do astronauts have things better under control than most managers? Do we need more transparency in management?

The losses are growing by the day at BayernLB, the latest German bank to fall victim to the international credit crisis. Both the supervisory board and Erwin Huber, Bavaria’s finance minister and chairman of its conservative CSU party, are facing harsh criticism. At the same time, fans of extraterrestrial mobility were able to witness a successful, outer space mission in which the eight-meter long, 12.7 ton Columbus Laboratory was coupled onto the International Space Station (ISS). During the course of the mission, 75 scientists and engineers worked from the German Control Center in Oberpfaffenhofen alone – not to mention the colleagues from Houston and Moscow. 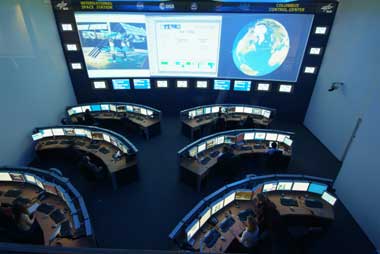 The Columbus Control Center in Oberpfaffenhofen, Germany. Approximately 75 scientists and engineers control the European activities at the ISS. 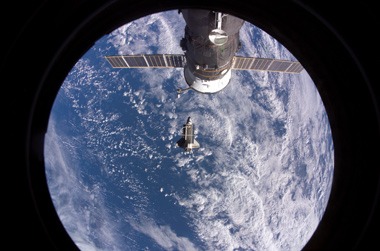 The ISS in front of the blue-white earth.

From a business point of view, that is a massive amount of time and effort spent on control activities. It would be hard to imagine a similar relationship between operations and control functions in a company. Nevertheless, I always felt that you can learn a lot by comparing technical and business management. For instance, automating a repetitive process – whether you are analyzing data or painting cars – is highly beneficial. And producing management reports should follow the same productivity standards as manufacturing products. Even more, using standardized components and notations to create reports helps users understand the content and end the confusion regarding key performance indicators.

Too often, however, I find that management is decoupled from the operational business track. But business lives from operations! No customer buys your products or services based on your profit forecasts!

But do you really think that a CXO or a member of a supervisory board would devote time each day to understand the current state of operations? Sure, it’s not common practice. But aren’t they the people who get the blame when daily mistakes tally up into losses? They should (and do!) have a great interest in identifying these mistakes as early as possible. It appears, however, that they just don’t have the right tools to do so.

I know the benefits of a monitoring system from my own experience. All employees in my company are required to make detailed notes on who communicates with whom, when, where and how. In addition to improving service, this information flows into an up-to-the-minute ticker that delivers a clear status on all activities. Classical reports, per se, are virtually non-existent. Since the details are known, no one is really interested in reading a boiled-down overview. You could say that we control our company from the bottom-up instead of the top-down.

Yes, this type of detailed documentation is time-consuming and it can’t work without a tried and true, transparent management culture. And we admit it does take a while until each new employee is committed to this discipline.

Overall, our system resembles the Columbus Control Center. I am convinced that more modern managers should steer their companies using this type of bottom-up approach. The relationship between revenues and success is often too complicated to illustrate through a few KPIs that you can drill down on to view the underlying causes. In other words, who needs separate control activities if you already understand your business?