When people talk about visualization, they tend to refer to two separate sub-divisions of the human species: numbers people and graphics people. As the name suggests, the first type understands and loves numbers – especially in the form of tables. Although graphics people don’t, they understand the context just as quickly when it is visualized in bar charts.

People who believe in this type of visualization Darwinism like to substantiate their arguments with comments such as: “Just imagine…you are supposed to be able to derive the profit growth from this table. Only a numbers person can do that!” 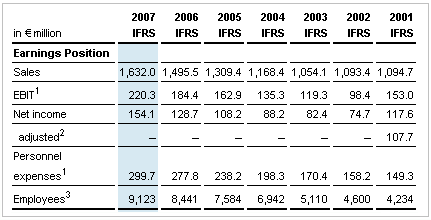 Then they will show a chart similar to the one below and say, “Now look how a chart explains that same message. You can see the profit growth immediately.” 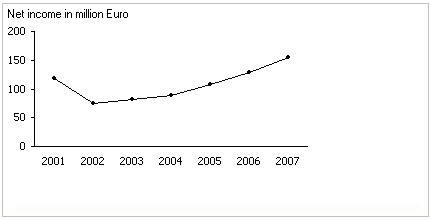 Visualization of the table above (only net income data)

Yet, those who don’t feel that they can be categorized as pure numbers or graphics people might object to this “proof” with the following, somewhat philosophical arguments:

If you take a very close look at the example above, you will also see that both visualizations are not comparable. In the table, we see that the initial values were translated into increases in the chart. These increases, however, represent changes. In other words, we see the values over several years in the table and in the chart we see the changes among these values.

And what, pray tell, would all species have the easiest time understanding? How about a simple sentence: 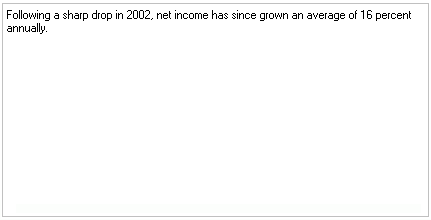 Test: Are you a good manager?